When a baby is in distress, the use of forceps may be appropriate to facilitate birth.  The tongs are placed on either side of the baby’s head, near the ears and cheeks.  As each contraction occurs, the physician is supposed to gently guide the baby’s head downward and out of the birth canal.  When forceps are used properly and standards of care are followed, the baby can generally be delivered quickly and should not sustain any harm.  If used improperly, however, the damage can be extensive and permanent.  Correct placement of the forceps tongs is critical.  If they are applied unevenly to the baby’s head, the strain could cause compression of the head, tearing of the vasculature in the brain as well as brain bleeds and hemorrhages.  Other potential problems include facial bone distortions, brain swelling and brain damage, which can generate other issues, such as seizures, epilepsy, ischemia, hypoxic ischemic encephalopathy (HIE) and cerebral palsy. 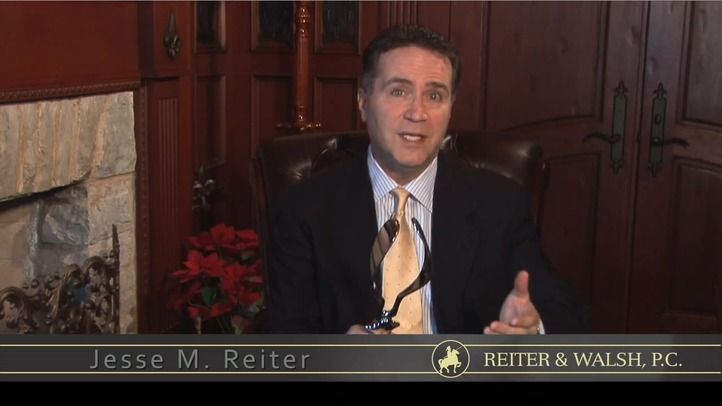 Forceps are a surgical instrument that resemble a pair of tongs and can be used to help pull the baby out of the birth canal.  Obstetrical forceps were developed in the early 1600s by a French man who became the personal obstetrician-surgeon to Queen Henriette, wife of King Charles I of England.  Forceps were shown to help avoid infant deaths when previous approaches (involving hooks and other instruments) failed in devastating ways.  In fact, early use of forceps was one of secrecy; they were carried into a birthing room in a lined box and would only be used once everyone was out of the room and the mother blindfolded.  Forceps were also known to cause traumatic injuries.  The design of the forceps evolved, and in the late 1800s, Tarnier forceps were the most widely used system in the world until the development of the C-section.  In the last few decades, however, with the ability to perform a C-section safely, and the introduction of the vacuum extractor, the use of forceps and training in this technique has sharply declined.

There are four different classifications of forceps in relation to how high up the baby’s head is in the birth canal: outlet, low-, mid-, and high.

Indications for Forceps Use

Advantages to forceps use include avoidance of C-section, reduction of delivery time, and general applicability with cephalic presentation (baby is in a straight line and with head entering pelvis first).  Indications include:

In addition, there are several prerequisites the must be in place before a forceps delivery can occur.  These medical standards include the following:

Contraindications for Forceps Use

*According to the American College of Obstetricians and Gynecologists (ACOG), a physician should not sequentially

use different delivery instruments  during a birth.  The instrument attempts should be made by one instrument only.  Thus, if forceps have been used, a vacuum extractor may not subsequently be used to deliver the baby.  If a baby cannot be delivered by forceps, the physician must move on to a C-section.

Technique for Use of Forceps

The blade of each forceps branch is the curved portion that is used to gently grab the baby’s head.  The forceps should surround the baby’s head firmly, but not tightly.

With a fully dilated cervix and ruptured membranes, the mother is placed on her back, usually with the aid of stirrups.  The station of the baby’s head must be at least +2 in the lower birth canal.  Ascertaining the precise position of the baby’s head is crucial.  The two blades of the forceps are individually inserted, and the position on the baby’s head is checked.  Her head is then rotated to the occiput anterior position if it is not already in that position. The baby then can be delivered with gentle traction in the axis of the pelvis (a straight line with the middle of the pelvis).  Traction should be steady and gentle and in the line of the birth canal.  Gentle traction should be exerted with each contraction and in tandem with maternal expulsive efforts; the forceps can be relaxed between contractions to reduce fetal cranial compression.

The procedure should be abandoned if descent does not occur with appropriate application and traction; delivery should occur by the third pull with forceps.  According to research, pulling more than three times is associated with infant trauma.  The physician should not be fixated on affecting a vaginal delivery.  It is essential that the physician be willing to abandon a forceps delivery and have the ability to perform a prompt C-section.

Other indications for abandoning forceps use during delivery include the following:

Indeed, serious injuries can occur if standards of care are not followed during a forceps delivery.  ACOG has classified forceps delivery to reflect the degree of difficulty and attendant risk, and have stated that a lower fetal station and smaller degrees of head rotation are safer.  Under very unusual circumstances, such as the sudden onset of severe fetal or maternal compromise, application of forceps above +2 cm station may be attempted while simultaneously initiating preparations for a C-section delivery in the event the forceps maneuver is unsuccessful.  However, under no circumstances should forceps be applied to an unengaged presenting part or when the cervix is not completely dilated.

It is the responsibility of the physician to inform the mother of the risks of forceps delivery, ensure that the instrument is used appropriately and that the mother and infant are properly monitored both during and after birth.

It is crucial for standards of care to be followed at all times during use of forceps.  Permanent damage can result if the physician has a poor technique.  There should be no twisting of the neck or head, and no excessive pulling.

Complications Associated with the Use of Forceps

Improper use of a forceps can result in the following injuries:

It is imperative that the baby be very closely monitored during labor and delivery.  Forceps may only be used when obstetrical indications are present.  Due to the potential for severe injury, it is critical for the physician to be very skilled in forceps delivery technique and follow all standards of care.  Failure to follow guidelines and standards of care is negligence. If this negligence leads to injury in the baby, it is medical malpractice.

Birth Injury lawyer Jesse Reiter, president of ABC Law Centers, has been focusing solely on birth injury cases for over 28 years, and most of his cases involve hypoxic ischemic encephalopathy (HIE) and cerebral palsy.  Partners Jesse Reiter and Rebecca Walsh are currently recognized as being two of the best medical malpractice lawyers in America by U.S. News and World Report, which also recognized ABC Law Centers as being one of the best medical malpractice firms in the nation.  The lawyers at ABC Law Centers have won numerous awards for their advocacy of children and are members of the Birth Trauma Litigation Group (BTLG) and the Michigan Association for Justice (MAJ).

If your child was diagnosed with a birth injury, such as cerebral palsy, a seizure disorder or hypoxic ischemic encephalopathy (HIE), the award winning birth injury lawyers at ABC Law Centers can help.  We have helped children throughout the country obtain compensation for lifelong treatment, therapy and a secure future, and we give personal attention to each child and family we represent. Our nationally recognized birth injury firm has numerous multi-million dollar verdicts and settlements that attest to our success and no fees are ever paid to our firm until we win your case.  Email or call Reiter & Walsh ABC Law Centers at 888-419-2229 for a free case evaluation.  Our firm’s award winning lawyers are available 24 / 7 to speak with you.